PROJECTS > The Wall of Sound (Remix)

The Wall of Sound (Remix) takes a look at (and listen to) music creation, recording, and remixing in today's digital world. This unique visual experience, with its strong sonic component, is a multi-media collage inspired by, and utilizing the work of, the historical luminaries who have created walls of sound.

Phil Spector's Wall of Sound was a production method (1961-67) that created a dense, layered, reverberant sound that came across well on AM radio and jukeboxes, by having a number of musicians playing the same parts in unison, then recording the sound using an echo chamber.

The Grateful Dead's Wall of Sound was an enormous public address system used for their live performances circa 1974. The system was designed by sound engineer and counter-culture icon Owlsey Stanley, and was comprised of a stack of 603 loudspeakers.

Raymond Scott was musical and engineering genius whose big band compositions in the 1950s were huge hits. In his later career, he familiarized the world with electronic music, as he composed for commercials in his studio, which featured his many inventions: the worlds earliest synthesizers and sequencers; the circle machine; the clavivox; and the electronic. This vast array of homemade devices and gadgetry that took up a 30 ft. length wall of his studio became known as 'the Wall of Sound'.

In today's world we are experiencing a change in the nature of tools and machinery that have (to the layman) mysteriously compressed themselves from a full-size recording studio down into a small box called a laptop computer. Utilizing Ableton LIve software imagery, drum sequencer visuals, and the electronic schematics of Raymond Scott on a macroscopic scale, I am bridging a gap between the digital and analog world. My choice of materials--wood, plexiglass, tape, and paint are used to give a certain physicality to these ideas. Speakers integrated throughout the installation broadcast an original remix featuring musical excerpts from previous walls of sound. 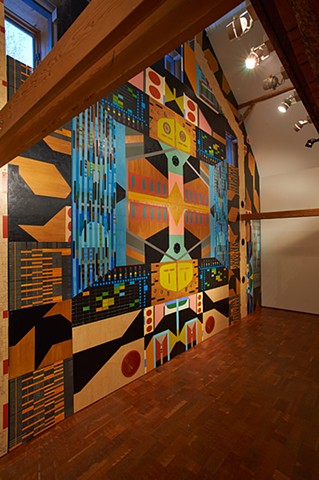 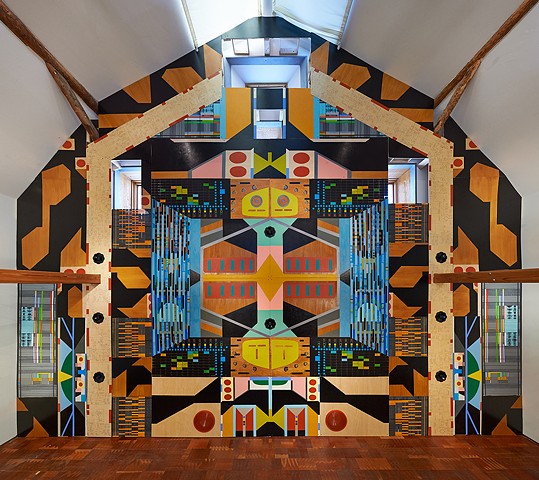 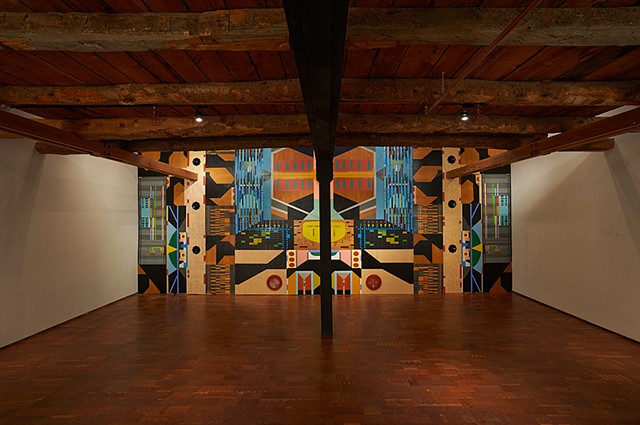 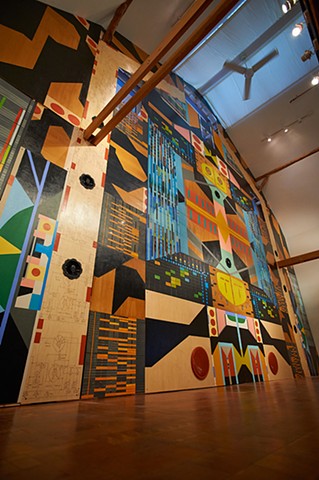 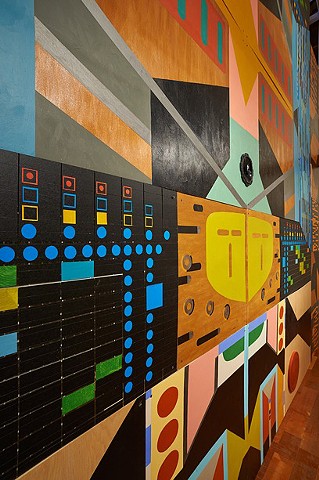 The Wall of Sound (Remix) detail 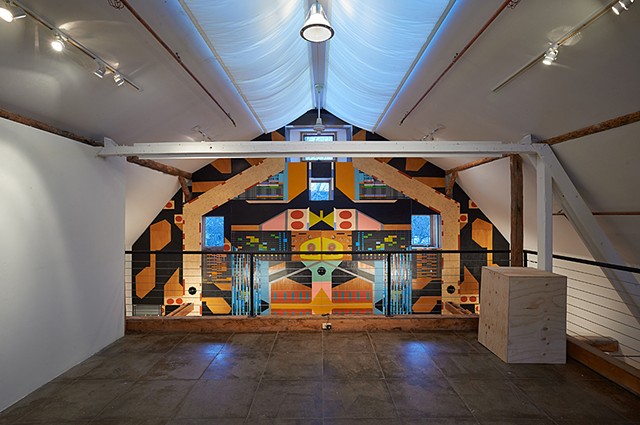 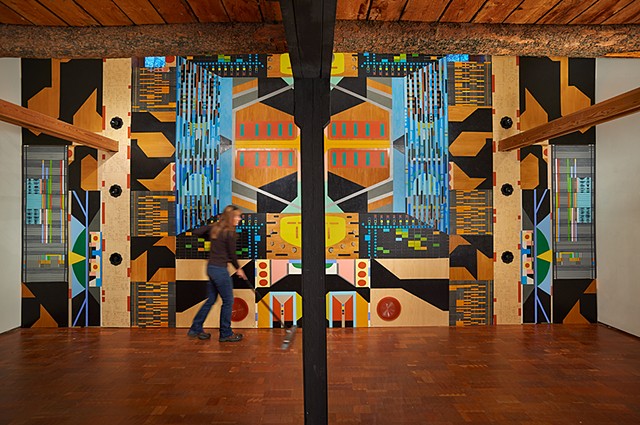 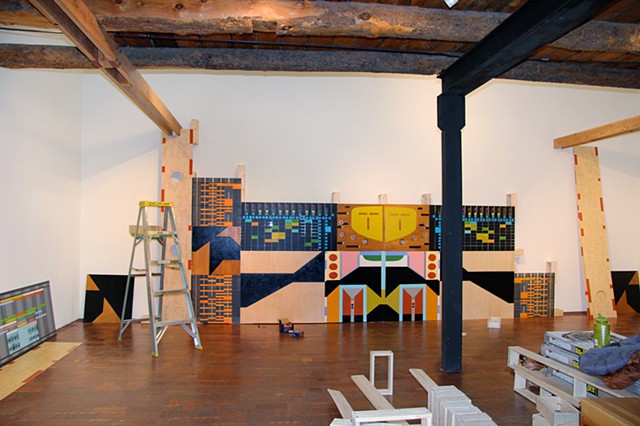 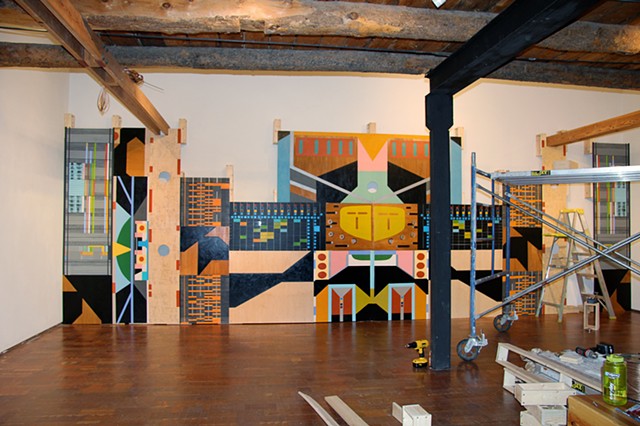 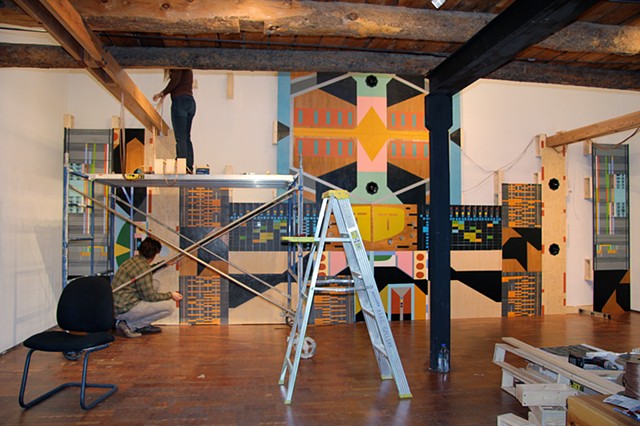 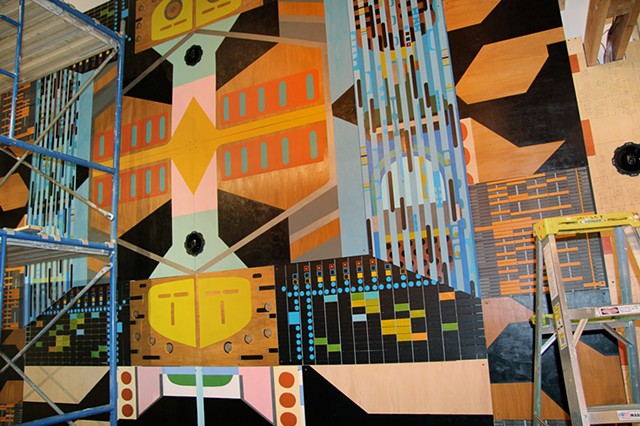 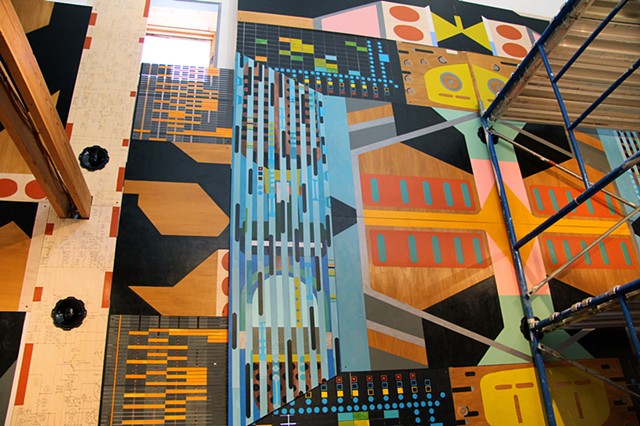 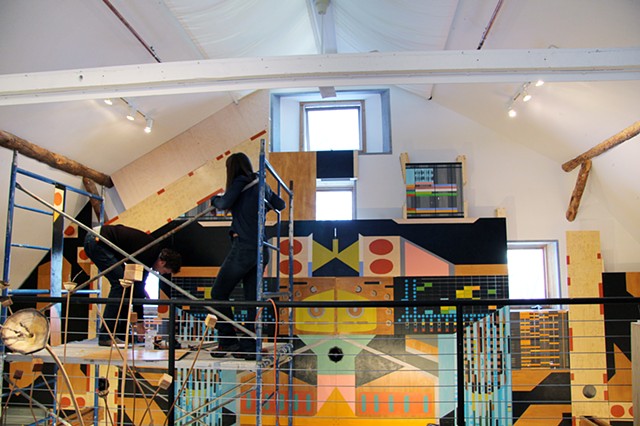 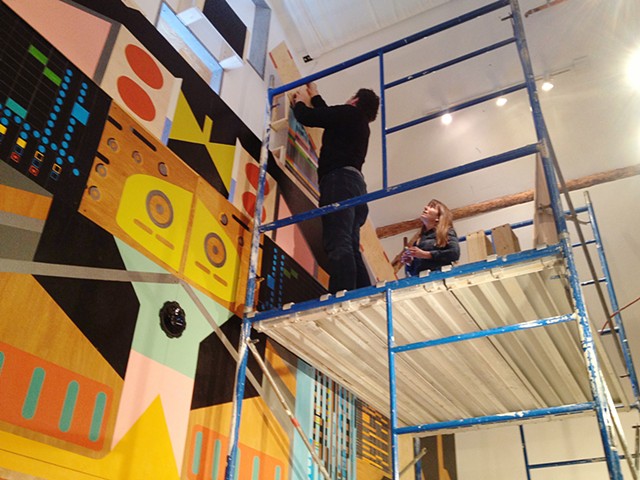 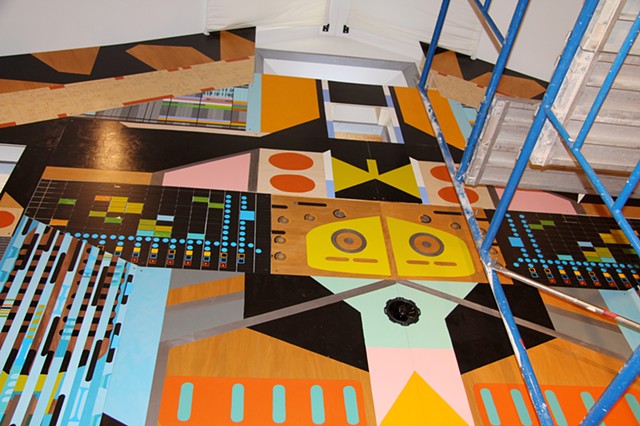